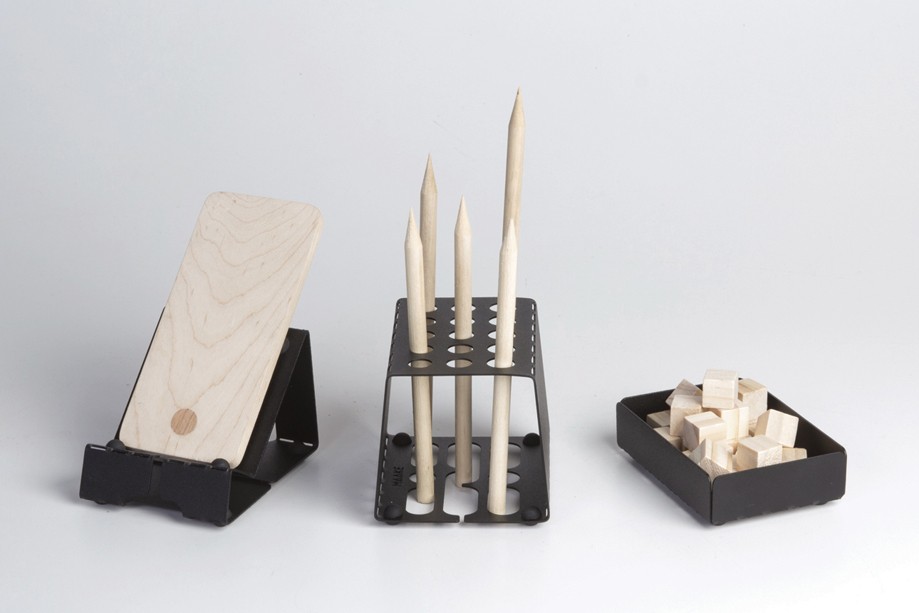 The 2016 Toronto Design Offsite Festival welcomes back the third edition of Outside the Box, an exhibition that brings together designers from cities all over North America to showcase their work within one theme.

Outside the Box was first exhibited at the Toronto Design Offsite Festival in 2015. Festival creators wanted to explore Toronto as a hub and meeting place of international design by engaging designers from around the world and showcase their work in Toronto.

Out of this desire for international engagement and involvement, Outside the Box was born. For this exhibition, the Festival works with correspondents from cities across Canada and the U.S. to curate a collection that responds to a theme, and represents their city. The challenge is that each collection must fit within a standard Bankers box so that designers can easily ship them to Toronto.

The first edition of Outside the Box was displayed at TO DO 2015 in windows across the city.. The second edition showcased the theme ‘Delicious design: l’art de la table’ at WantedDesign Brooklyn, part of the annual NYCxDESIGN. The third edition will feature the theme of ‘multiples’ at TO DO 2016, and will then travel to New York with an additional Toronto box for WantedDesign, in May 2016.

Los Angeles’ Erin Brown curated the collection for her city from 8-10 local designers. None of the items were designed specially for Outside the Box, but fit together to show a cross section of design and use of materials from the LA area. LA’s collection will showcase items such as toys, jewelry, serving pieces and vases.

Zoe Mowat, a Montreal based designer, created a collection for Outside the Box titled ‘Omniforme’, which focuses on the contrasts and cohesion of colour, texture, and geometric form. While she enjoyed working with variables and constraints, Zoe admits that the box’s size restriction was more of a challenge than she had initially anticipated, “Instead of choosing to fill the box with a lot of smaller objects, my approach was to edit carefully and find a few key pieces that worked well together…”

Zoe hopes that her collection will help Torontonians and festival-goers recognize Montreal as a home to many bright creators:

“Montreal is a lively and distinct city with a unique mix of cultures, languages, seasons, and architecture. I wanted to echo this diversity in the use bold geometry, colour, texture, and material within the collection. The given theme of the show is ‘multiples,’ and each of the works reflect a variation on an idea or a new way of looking at an object or material—mirroring the distinct vision of each designer / denizen.”

At TO DO 2016 festival-goers can see Erin and Zoe’s collections, along with designs from Chicago, Edmonton, Halifax, New York, Ottawa, Portland, and Seattle. Outside the Box will be on display from January 18-24 at Stylegarage. All of the collections will be displayed together in one space to showcase the differences and specialties of each city, and to highlight their similarities.

Find out more about past editions here: https://designto.org/ongoing-projects/outside-the-box/.