For most of us, it is impossible to imagine a society without work, because it dominates and permeates every aspect of our lives. Whether you consider work as a source of subsistence or purpose, the sacredness of work runs deep through both past and present social interactions, economy, and politics. An obsession with work lies at the core of our education system. The labour force drives our national economies. Working to earn a living is often a necessity and expectation. It can offer individuals a sense of purpose, providing opportunities for learning, growth, and prosperity. It gives status, and thereby access to many benefits and networks. Work shapes our lives and identity.

Globalization, demographic shifts, and technology are constantly and fundamentally shaping work and society. If the advancement of machine learning and artificial intelligence continues to change the nature of jobs, it’s possible we could live in an era of mass unemployment. If the price of automation continues to decline, innovation continues to be democratized, and renewable energy continues to be unlocked, we could also live in an age of abundance, where many of life’s necessities and luxuries will become widely available to us.

So, what is a future without work as we know it?

Carol Anne Hilton, MBA, is the CEO and Founder of The Indigenomics Institute. She is a recognized national Indigenous business leader and senior adviser with an international master’s degree in Business Management (MBA) from the University of Hertfordshire, England. Hilton is of Nuu chah nulth descent from the Hesquiaht Nation on Vancouver Island. Hilton has led the establishment of a line of thought called #indigenomics, growing from a single word to an entire movement focusing on the building and strengthening of Indigenous economies. She is currently authoring ‘Indigenomics By Design- A Seat at the Economic Table.

Hilton currently serves on the BC Emerging Economy Task Force as an adviser to the Minister of Jobs, Trades and Technology, the BC Indigenous Business and Investment Council for the Ministry of Indigenous Relations and Reconciliation, and was the only Indigenous person appointed to the Federal Economic Growth Council. Her work has been recognized most recently with the national Excellence in Aboriginal Relations Award from the Canadian Council for Aboriginal Business and the CE Analytics Mastermind award. Hilton currently serves as Director on the McGill University Institute for the Study of Canada, the BC Digital Supercluster, and most recently as a juror on the Canadian SmartCities Challenge. She is an instructor at Simon Fraser University’s Community Economic Development Program and a faculty lead at the Banff Center’s Indigenous Business Program where she was also a Fleck Fellow.

We Contain Multitudes
Compared to two centuries ago we’re living like gods. Yet we still have a world without work: unemployment, underemployment, marginalized communities, and the divorce of the whole person from the job. Might we expand the concept of work to include all those forms that go unseen and unpaid? Do we deserve a decent standard of living simply because we are human? This talk is an exploration of how we can see work as a practice to progress, and shape it so it’s better for everyone.

Breaking barriers: The future of women’s mobility
WEMOBILE, funded by the Arts and Humanities Research Council, UK, was a collaborative, global project which brought together six researchers from the UK, Pakistan, and Malaysia to understand barriers to women’s mobility, using auto-ethnographic, participatory, and empathic methods. Through this talk, Faiz will share insights on women’s mobility and how it can inform and impact the future of work for women, building a case towards why it should matter to change-makers, leaders, and women around the world.

Moral Capitalism. The future is good – if we design it that way.
As the information revolution takes hold, industries, services, and entire industries are being re-imagined. Spotify re-invented the music industry. Uber re-invented transportation. Amazon re-invented the entire shopping experience. Leaving behind the systems designed and implemented during the industrial revolution – what areas or spaces will we re-imagine next?

Jones shares his ideas on re-inventing the way we live by merging the ideologies of socialism and capitalism. Building off the core ideas created by the B-corp movement, we hypothesize what good things are in store for us next. Moral Capitalism is a positive perspective that could be the answer to our future. This is also a case study, as Jones has built a business and a non-profit using this exact model.

Our Future in the Intangible
The commoditization of design has brought about a shift for the industry. We will slowly leave behind the tangibility of production and migrate to a more strategic function of design thinking. What does this move mean for the future of this work? It may point to more decentralized expertise and production. The future of work in design will rely much more on the connections we make, the networks we leverage, or the knowledge capital we hold. The future could be a rich ecology of micro-design practices, and the “studio” as we know it could migrate to a collective model.

Strange ideas about the future of work
To imagine the possibility of a future without work, we must first understand the range of changes on the horizon. While we’re aware of the more obvious technological shifts, we should also consider how broader environmental, social, and political developments play a role, such as demographic change, urbanization, and globalization: from digital detox, to lifelong learning and rights for AI. Based on the Brookfield Institute’s report “Turn and Face the Strange,” this talk will explore some of the diverse and intersecting trends that might impact Canada’s labour market in the next 10-15 years.

Office Evolutions
Today’s office is a state of mind. If the office is no longer spatial, what has it become? Where work and life are conflated, what is the relationship between the office and identity? Although the nature of work as we know it may change, the problems of the office recur: from the cubicle farm to WeWork; from the Fordist campus to today’s Googleplex.

Technology can be the new device, but also a metaphor of a system that auto-updates – informing our relationships with each other and the built environment. As the office becomes increasingly wearable, there is a rising demand for spaces that are real, haptic, and tangible. We wonder whether the future of the office will be a pastoral technotopia or a more akin to a kindergarten classroom. 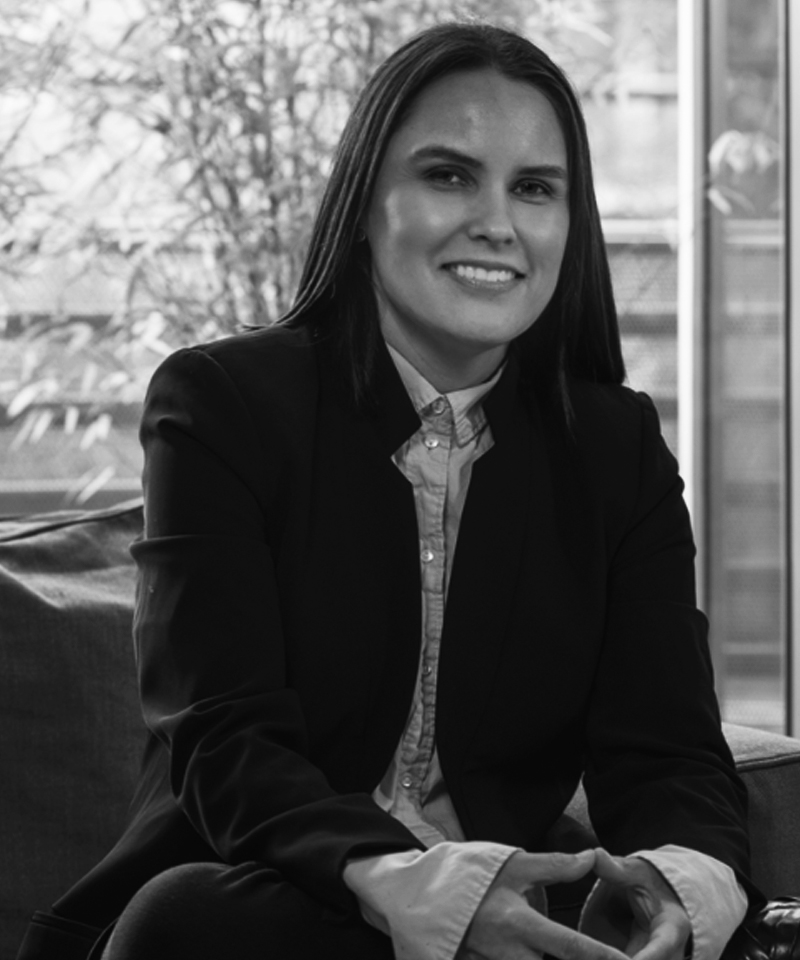 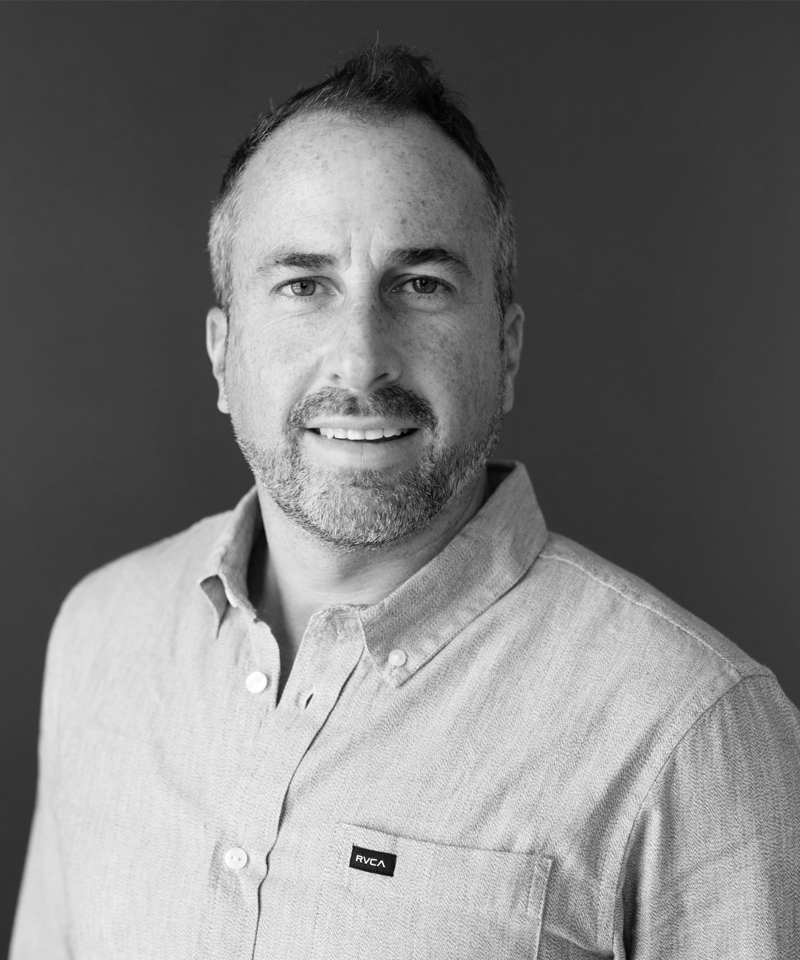 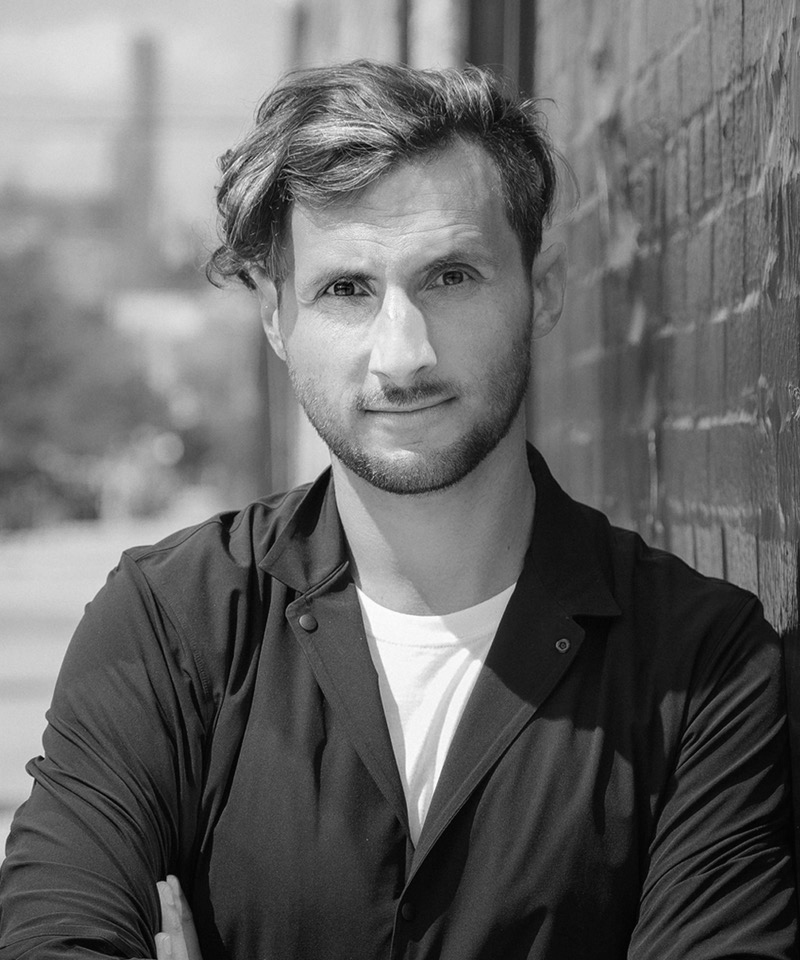 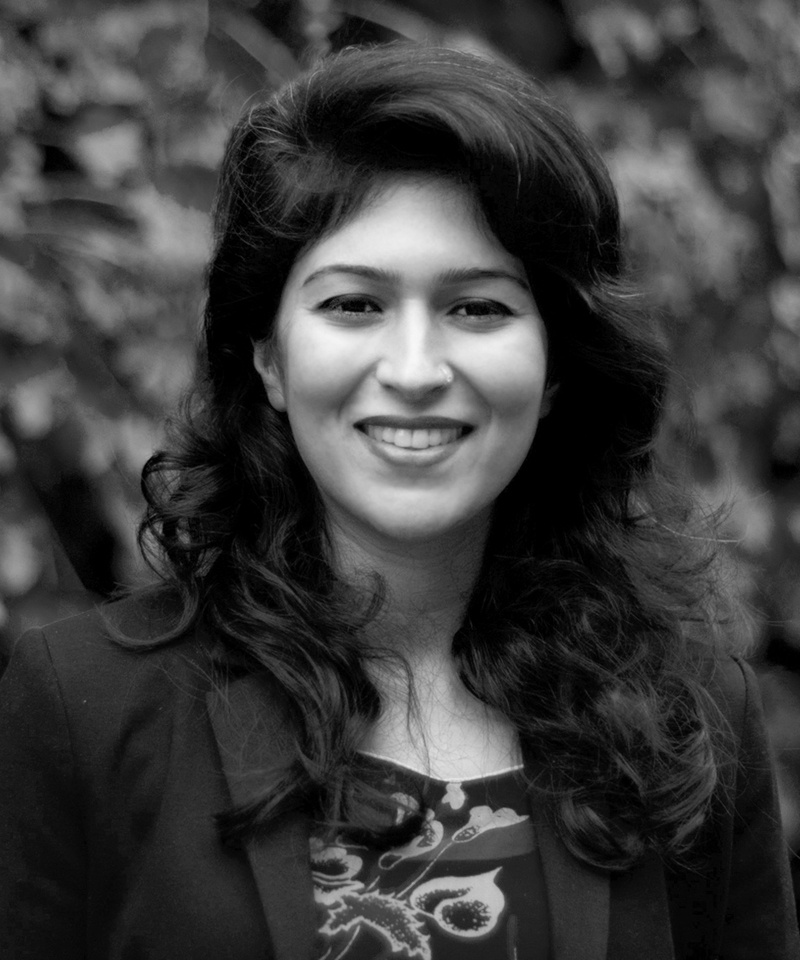 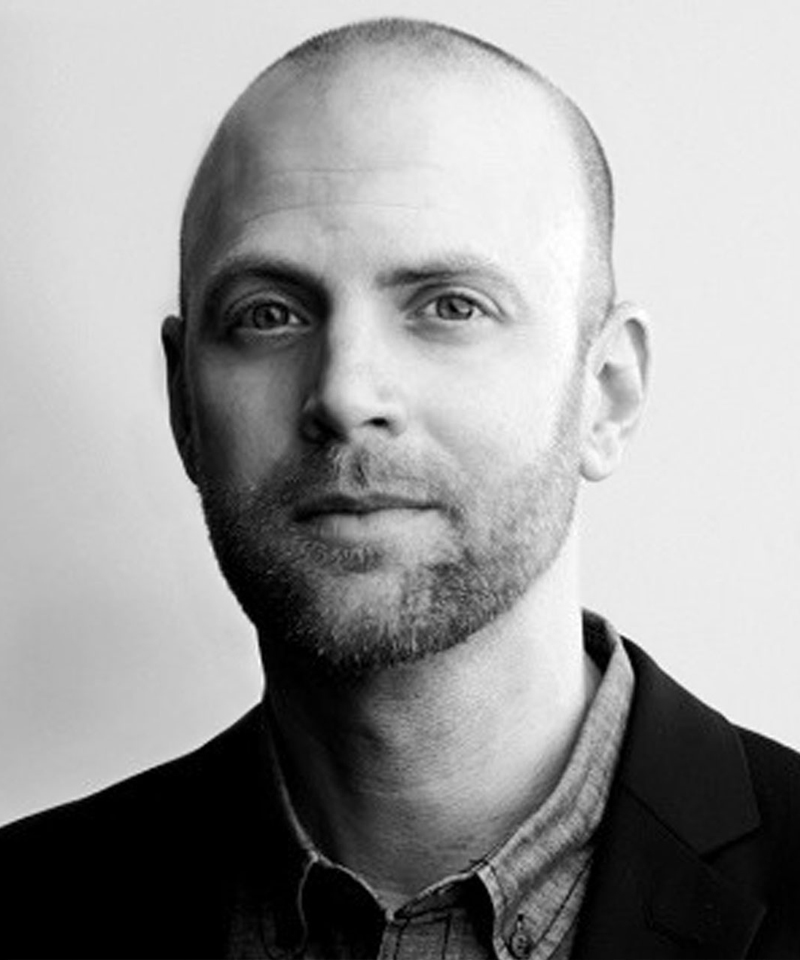 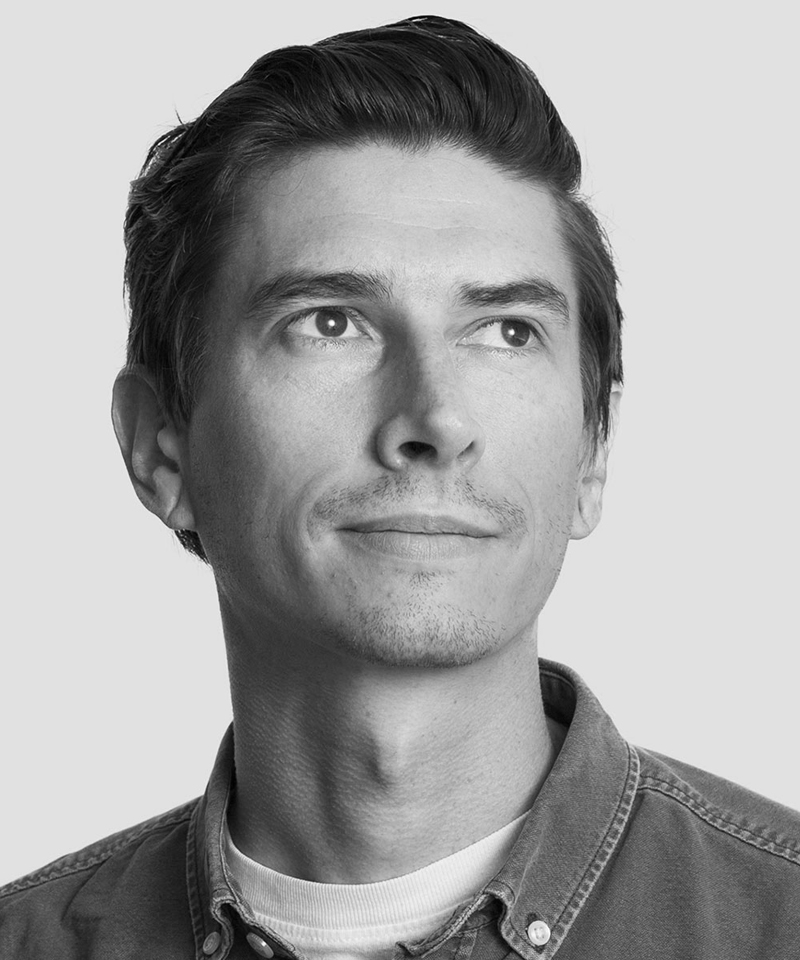 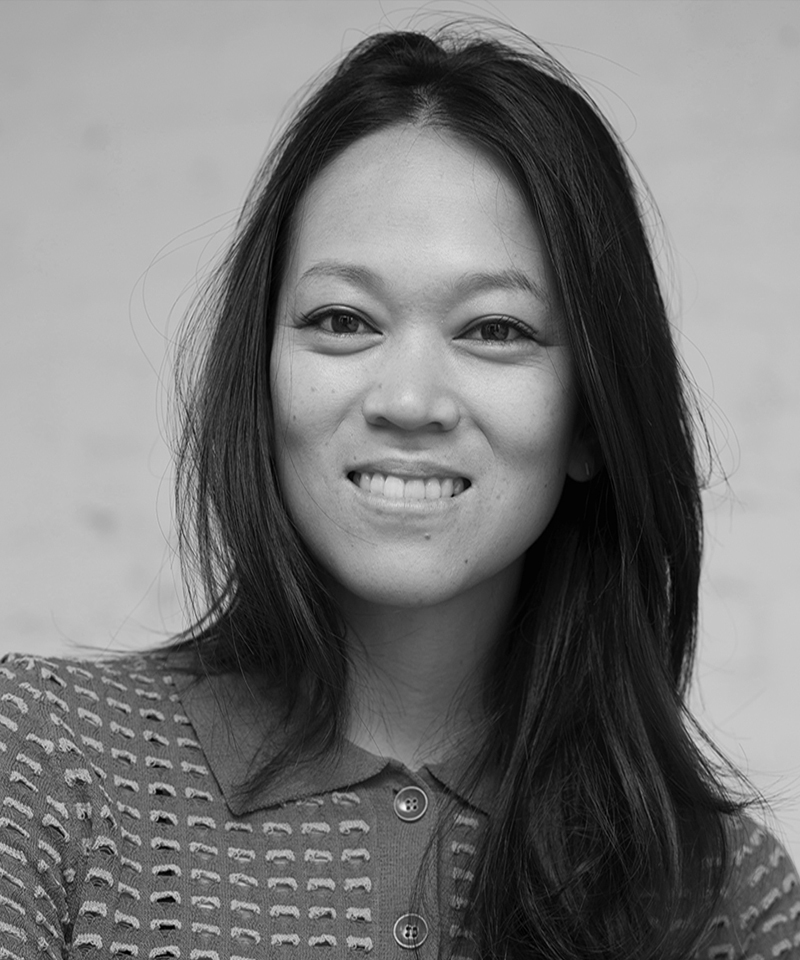 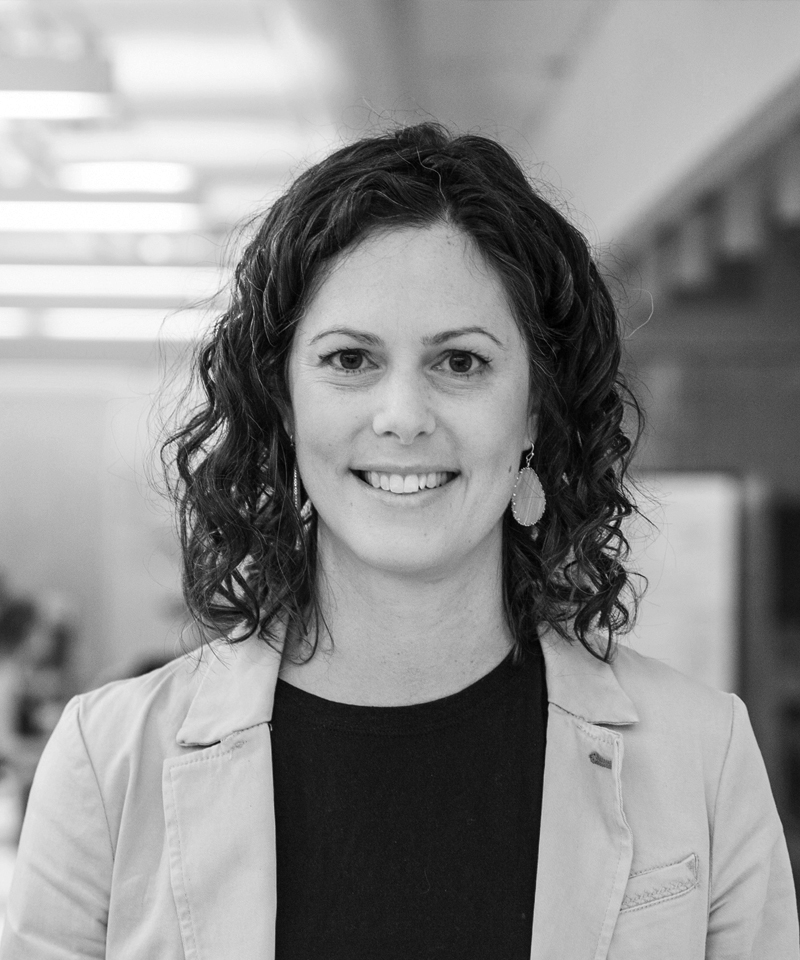 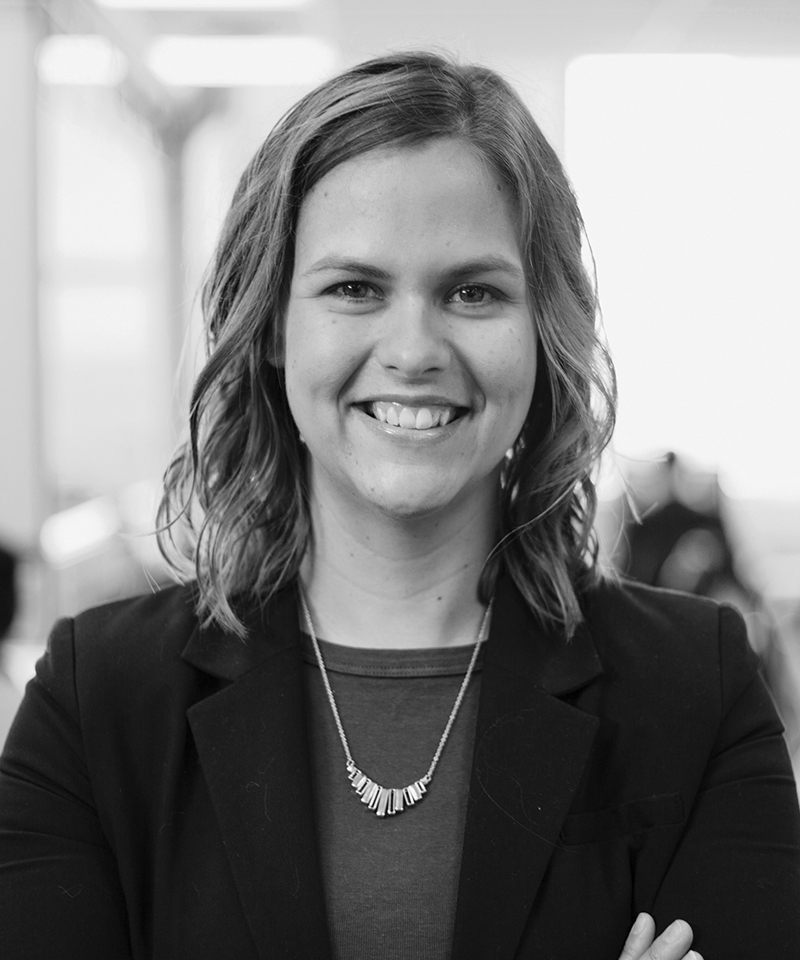 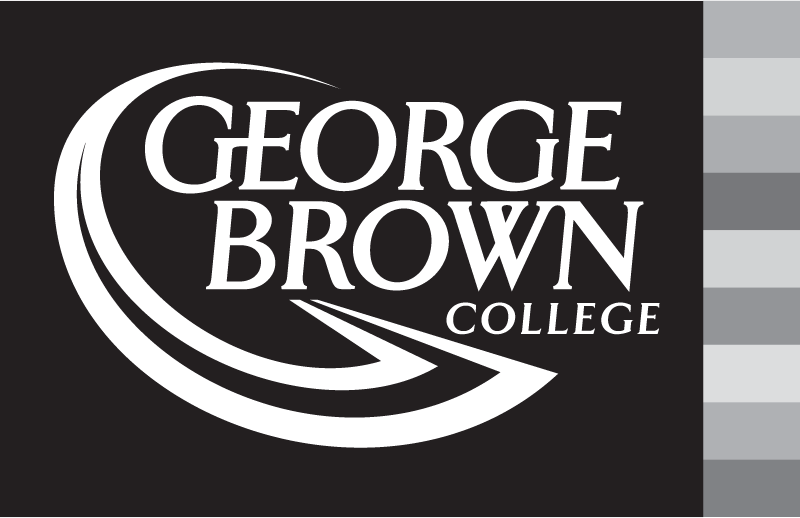 Save
Get Tickets
Share
Share to:
Enjoy a screening of The Garden of Secrets documentary and subsequent panel conversation. Be inspired by how nature-based design strikes the perfect balance between innovation and environmental respect, contributing to the betterment of humanity and a greener future. 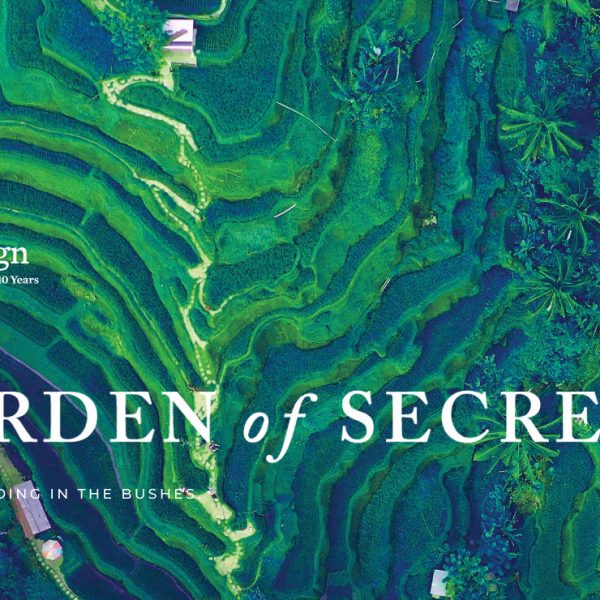 EventFestival Feature
The Garden of Secrets: The Future of Sustainable Design
Save
RSVP
Share
Share to:
Partners of Mexican design studio Anagrama speak about teamwork and collaboration in their multidisciplinary practice. They discuss projects ranging from interior architecture to branding for beauty and furniture multinationals. Monocle’s Toronto team will interview them following their talk. 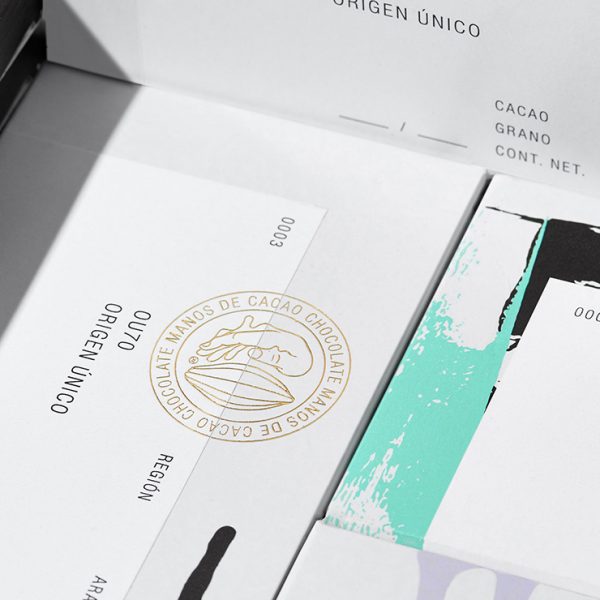 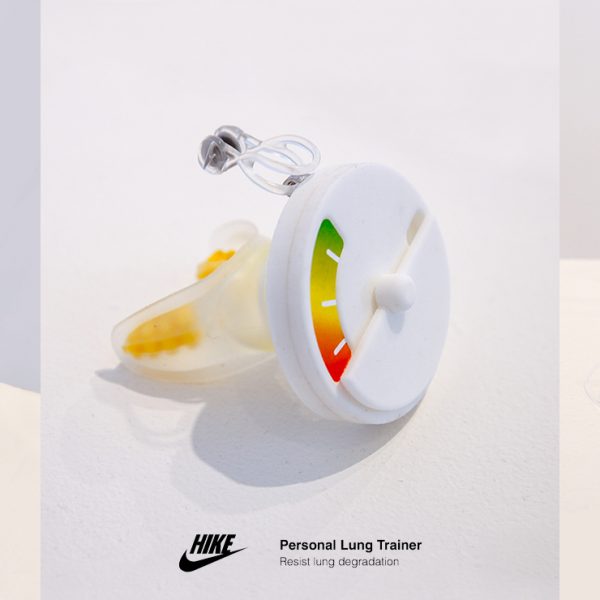 Window Installation
Future Breathing Store 2038: an alternative perspective towards urban pollution
Save
Get Tickets
Share
Share to:
'It’s a Pop-Up Shop & Party' is a one night pop-up party filled with art, fashion, and music. A celebration of self expression and positive vibes. Shop for Canadian brands while enjoying cocktails/beers, delicious food, all while the DJ is spinning. 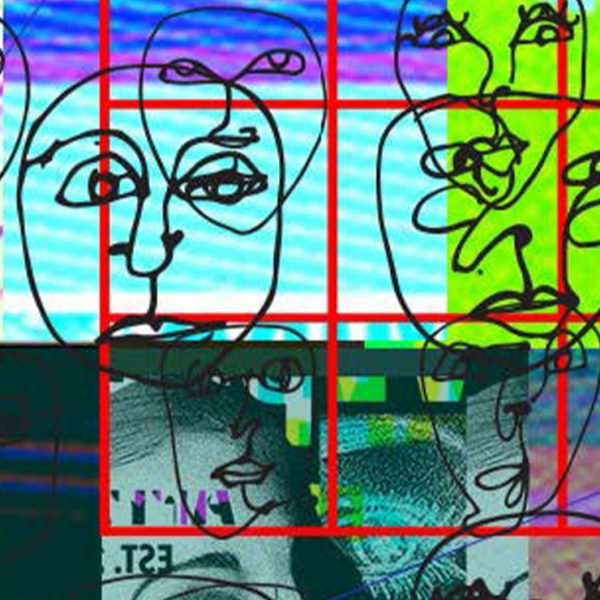 Event
It’s a Pop-Up Shop & Party
Save
Get Tickets
Share
Share to:
Celebrating the launch of Matcha byMinistry, this is an immersive 5-course dinner made in collaboration between chef Ted Corrado, digital experience specialists nVoid, and artist Dahae Song. Limited capacity, RSVP for access to tickets

Exhibition
Circadian Lighting and Geometry by Atelier Stōbben
Save
Share
Share to:
Cassandra Ferguson’s artistic practice borrows from design to understand the evolution of commodity production and consumption, and elevates the chair to a metaphoric representation of human culture. Her work explores themes of the fetishized object/commodity, the human body, and machines/technology. 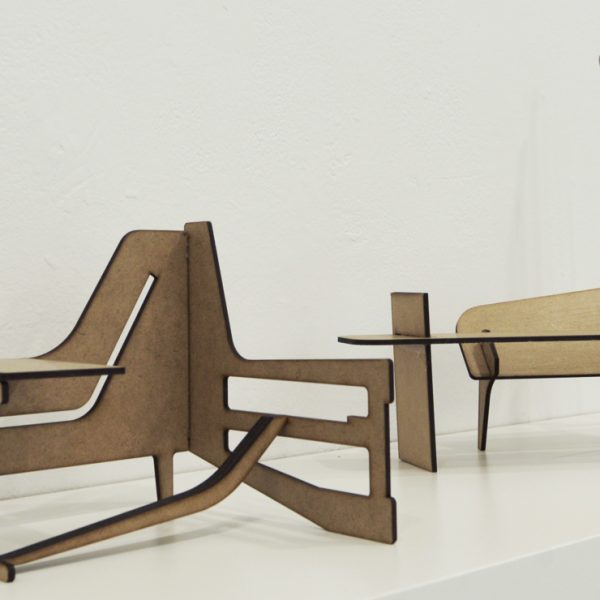 Window Installation
Iterations: Production Culture
Save
RSVP
Share
Share to:
Collaborating with students from Oasis Skateboard Factory (OSF), ‘The Skatrix’ is public screening of animated shorts that marks the first edition of DesignTO Youth, a new program that provides youth with access to creative disciplines and professionals. 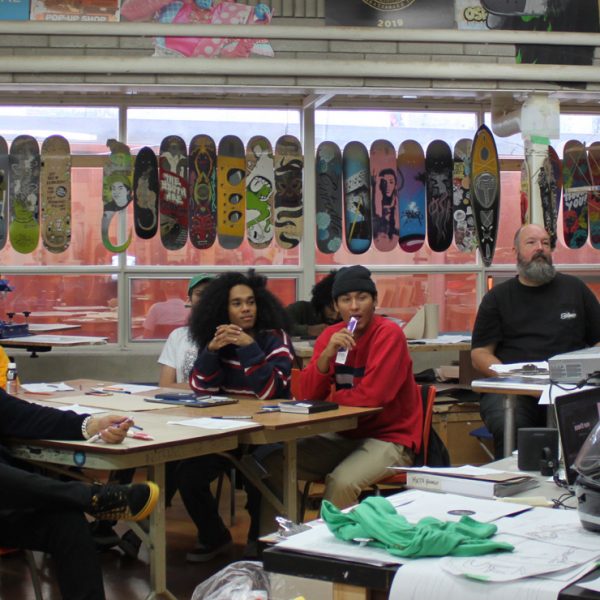 DesignTO ProjectEvent
DesignTO Youth: The Skatrix
Save
RSVP
Share
Share to:
Celebrate our 10 year anniversary with new product designs launching by Oji Masanori, Anderssen & Voll, and Thom Fougere. Explore our collaborations produced over the last 10 years, meet the designers, and view the new furniture and accessories. 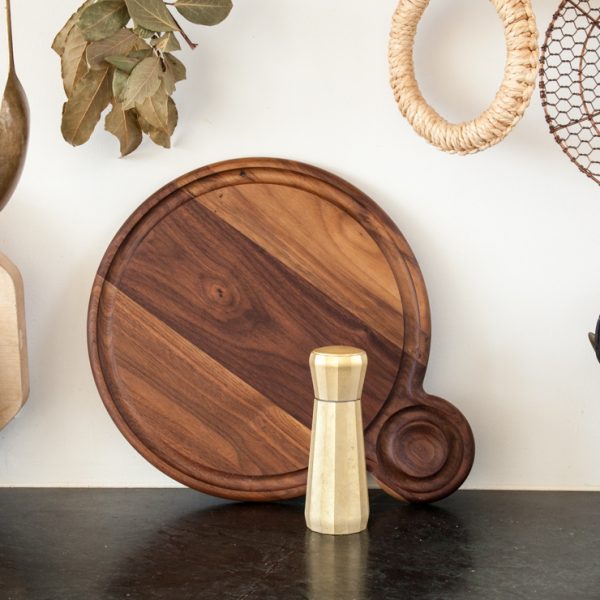 Exhibition
Mjölk 10 Year Anniversary
Save
Share
Share to:
'Can’t Say Nothing' is a mixed media installation using collage, graphic design, print and pattern design, to explore how language and systems of representation mediate our ability to communicate and express ideas. 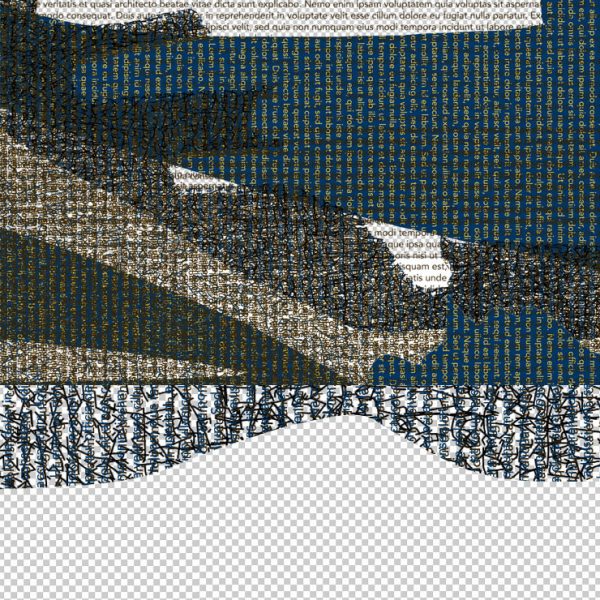