‘Everyday an Object’ is a series of design-objects from a collection of moments drawn from the past five-years. The series engages further on “everyday objects” that is inspired by the Michel de Certeau ‘The Practice of Everyday Life’— a book that I continually read throughout my undergraduate and graduate architectural studies.

With this series of design objects — beyond its personable and biographical take on everyday objects – is also a selfish and novel project to playfully explore and learn deeper digital tooling and physical production. Prototyping these pieces (all of which are around product scale) is a tangible means of fostering larger research and development in technique and production. Each object will be produced in ceramic and/or porcelain, and treated in silver, gold, and iridescent finishes.

Technically, this series is an exploration with technique, as with the conceptual nostalgic approach of ‘everyday objects’ that differentiate through different cultures. Growing up in various cultures and cities has allowed me to question how ‘everyday objects’ are defined and differ between cities across the world.

Formally, these design objects explore the relationship of the digital (virtual) realm of tangible goods, how they react in terms of virtual weight and tactility, but also multi-sensorial relationships with and along the physical realm of engagement. Each object is mathematically shaped by each other, formed through a Boolean difference, and in the physical world could be taken apart and assembled together through Boolean union.

Theoretically, various installations I have been commissioned in the past has been inspired by de Certeau. The premise of ‘The Practice of Everyday Life’ is inspirational and impressionable. The book that examines the ways in which people individualize mass culture, altering things, from utilitarian objects to street plans to rituals, laws, and language, to make them their own. 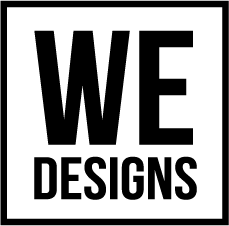