The Story of Water: The Erie Canal as a Site of Untold Stories
–
exhibition in-person

Water. It’s all about water. What’s interesting about water is that it has no form, and it also has the power to deform; water dissolves as much as it moves, fills, and gives life. Such indeterminacy offers the space for a meditation on how life and lives are formed, reformed, and even deformed over time. The waters of the Erie Canal moved goods, people, and therefore moved lives. But, as we know, the water didn’t move people in the same way at all times. Indigenous people, poor people, and even privileged people all felt the force of the water in different—and disparate—ways, as the water formed, reformed, and deformed lives through work, trade, and displacement… To think with the force of water, with the Erie Canal, is an invitation to tell a story about the cost of “progress” in central New York.

While it’s about the water, it’s also about the lives shaped by the movement of the waters. Through these cast clay vessels we explore these marginalized histories that made the Canal possible. Formed from 3D scans of the canal locks, these vessels act as recording devices for the movement (and force) of the Erie Canal waters, forming and deforming the vessels. Their final forms express the de- and re-formation inherent in the construction, maintenance, and usage of the Canal, symbolic of the losses that inevitably occurred alongside the “progressive” ingenuity and creativity that the Canal symbolized (and in some cases, still does symbolize).

Join us on Sunday, January 26 from 1-3pm for a talk and reception. 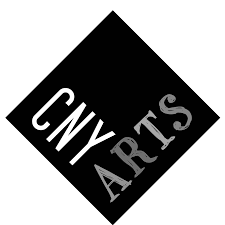