How long have you been involved in DesignTO?

A few years, but our first formal event was two years ago. We gave a lecture about our work, called ‘Spoon to the City’, which talked about small projects, bars, and restaurants that we see as public projects. We’ve been involved as supporters before that, but it’s been a fulsome experience for two years.

How would you describe your aesthetic point of view?

We’re interested in a contemporary language of architecture, rooted in materiality, as well as approachability and warmth. There’s a tactile understanding to our work through material manipulation, but in a contemporary way.

Where do you find inspiration?

The urban context is the landscape that we work in; we are always interested in ideas about the city and collective gathering. Whether it’s an interior or a master plan, we are always quite interested in the places that people inhabit and how that experience can be manipulated or augmented through design, whether it’s a public or private space. 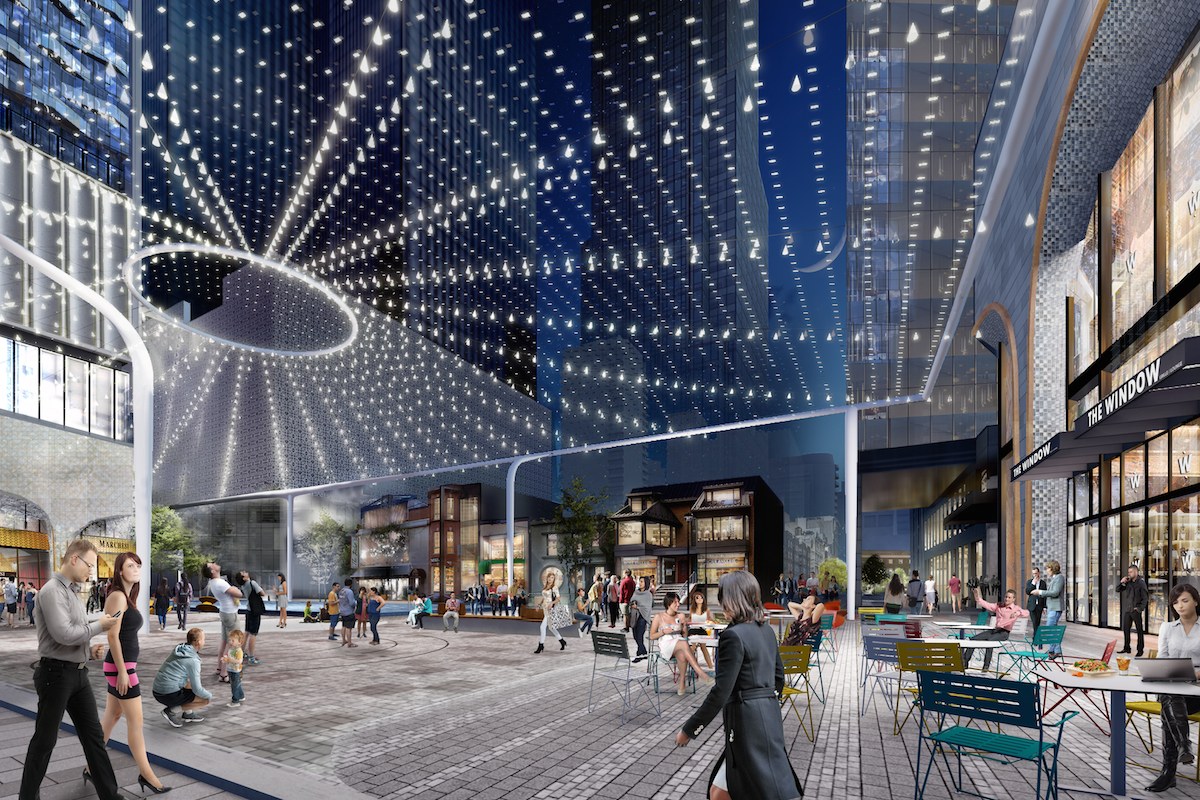 What does suburban intensification mean to you?

I can definitely say that I’m a suburban kid, having grown up in Etobicoke and Toronto, and that experience is still ingrained in my DNA. But having lived most of my life in downtown Toronto, what’s interesting is how urbanity can exist within the suburban context. Instead of completely altering an experience it’s about bringing more intense experiences to the suburbs. I like the flux between urban and suburban, it captures some of the optimistic ethos that existed when the suburbs were first created but also creates spaces that are much more intimate.

How is GPA imagining a return to the outdoor mall at Don Mills?

Don Mills is incredibly important as a seminal project for us because it really is a reimagining of the centre of a postwar suburb. Looking back at the past and seeing it through its conceptual lineage from a garden city movement to a shopping mall allowed us to see what worked, what didn’t, and how the modern city has evolved. I’d say that we’ve embraced the spirit of Don Mills while simultaneously bringing in ideas of urbanity and the public realm.

How did you find the right balance of urban and suburban?

The shopping mall was conceived like a garden; it was an outdoor mall open to the sky, however Don Mills quickly evolved as the car took over. Our approach was to go back and connect to the existing community. The key element was to create a new square, which has been incredibly successful for Don Mills. It’s not indoors, it’s not covered, but it is a place of gathering and in some ways feels urban. We took it on as a real contextual operation creating a language of built forms and a language of architecture that actually is riffing on and leveraging the palette that already existed within the community. I’d say that that sense of authenticity is also one of the successes of Don Mills, it just feels right. 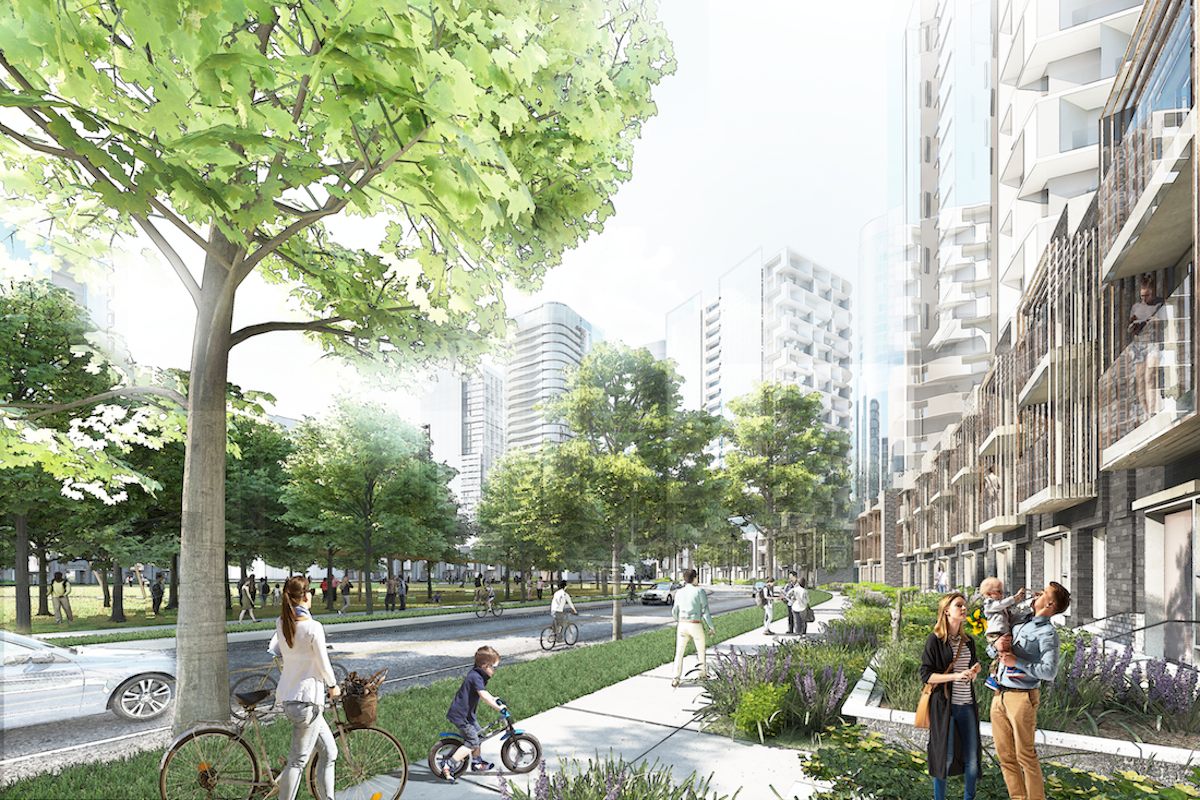 How do you think this type of redevelopment can influence Canadian culture?

The series of developments that we are involved in right now, which include five mall redevelopments, are the next wave of intensification in the City of Toronto. I believe that the idea of placemaking, taking single-use retail spaces and intensifying them with other uses, can give new breath to a community, take the pressure off a likely aging population, and bring a level of affordability into a neighbourhood. Commerce is a potent use and right now in the Canadian context there’s still an attachment to people gathering. The more that we’re virtually connected to commerce or virtually connected socially, the more people yearn to physically commune. There isn’t much opportunity to collide in a suburban context and I think that that’s something that’s really important to create. I’d say there’s an opportunity for the city to look at what the next wave of “publicness” is. How can we change the model of building? It’s a really exciting landscape to be working in right now.

Why did you decide to participate in this tour?

This idea of mall revitalization has become of incredible interest to the public and we thought it would be a great opportunity to talk about it. I think a little dissemination could help people understand these projects better. The dynamic quality of retail specifically is really important to understanding the culture of retail. The one rule of retail is that the rules are constantly changing. Right now the pendulum is swinging back, there is an interest in small scale again, an interest in experience and intimacy. Mainstreet isn’t just a collection of shops, it’s a dynamic organism.

DesignTO is really about raising the critical discourse of design to make it a collective ambition of our city.

What are your favourite things about DesignTO? Have you experienced the festival as an attendee?

For a number of years I’ve gone and I’ve always been a fan! It’s less about the commerce of design and more about the city and design as a tool to create urban experience. Going out to all the different shows and lectures has been something I’ve truly enjoyed.

As an architect working in Canada, what role do you feel DesignTO plays in the art and design industry as a whole?

DesignTO is really about raising the critical discourse of design to make it a collective ambition of our city. We can complain all we want, but unless we’re willing to actually have those difficult conversations, or joyful conversations about successful outcomes, we won’t mature as a city. DesignTO is incredibly vital to lifting the discourse and the legibility of design within our culture. It behooves us to support DesignTO, we have to!

DesignTO Tours: Giannone Petricone Associates, Ideas for the Intensification of the Suburban Mall is supported by the Ontario Association of Architects.